A Conversation With Yazmin Gonzalez

The Caltech Center for Inclusion & Diversity has a new assistant director whose vision includes leading equity programming targeted to women.

Since Yazmin Gonzalez came on board as assistant director of the Caltech Center for Inclusion & Diversity (CCID) in February, she has had a full slate of Zoom calls with undergrads, graduate students, and postdocs, all aimed at immersing herself in the campus community and culture. In her new role, Gonzalez, who comes to Caltech from similar positions at Loyola Marymount University and UCLA, will be involved with all three areas of the CCID's mission: advocacy and education, allyship, and advising. She also brings a particular depth of experience and education in equity programing directed toward women. In a recent conversation, Gonzalez talked about why mentoring matters, the value of cross-cultural collaboration, and why she feels hopeful for the future.

Will your work in the CCID focus mainly on issues affecting women?

When I started at UCLA, my focus was on all minoritized identities, but later I started focusing more solely on women-identifying individuals. Also, my research, both at the undergraduate and graduate levels, looked at women's economic autonomy and their activation in social movements.

Coming to Caltech, I'm privileged in that I get to work primarily with this constituency because there is a need. We do have numbers, but what I'm hearing on the more qualitative side is that there are still needs, and I'm excited to be able to team up with the community as a whole to be able to address some of those needs.

I think we have an opportunity to put Caltech on the map when it comes to equity programming that is very targeted to women—holistic professional development resources, salary negotiation seminars, and a wide variety of workshops. Caltech is amazing for so many reasons, breaking ground in so many areas. I hope that we can also break ground here, that we can become the model. The infrastructure is already there. The women-in advocacy groups are already established. There is collaboration among undergraduates, graduates, staff, and faculty, and you need that coalition. There's a lot of momentum that we can harness to really catapult this type of advocacy and visibility. Against the backdrop of all of the recent activism and all the cries for gender equity and justice, racial justice, a lot of the students are really, really activated.

What is one short-term priority you're working on?

Well, the first one that comes to mind is relaunching the Women Mentoring Women program. That program has been around for a while. It went on hiatus because of COVID, but students definitely want it, and we're going to bring it back on for the next academic year. In addition to revitalizing that, my goal is also to expand it, to use mentorship to create pipelines that connect undergraduates to industry and then graduate students to industry. So, whether students go into academia or into industry, they'll have wide access to the perspectives of women who have gone before them and who can provide insights and support them on their journey.

The other priority that comes to mind is the community college transfer pathway. I know there are a lot of folks on campus advocating and making space for this experience to be validated and integrated into the Caltech community. I'm hoping we can formalize more partnerships, such as grad students offering mentorship, guidance, and support to prospective graduate students who were once community college transfers. When we look at the data, there is over-representation of people of color, of first-generation low-income students who take the transfer pipeline to a four-year institution and eventually to graduate school. We need to engage with this pipeline, as it poses great potential to increase diversity within the STEM community.

What have you learned from the students you talked to in your first weeks here?

When I was going through the interview process, everybody was telling me that we have amazing students. Now that I've gotten to know some of them, I agree that we really do have some of the most amazing individuals. I'm proud to be part of this community because they're not only leaders in their disciplines and in their research and science, but they bring so much nuance to the ways they are expressing themselves. They're bringing into the conversation not just the work they're doing in the labs but the other things they care about: issues around gender, equity, social justice, racial justice. I'm impressed by how much depth and perspective they bring, and it makes me really hopeful for the future.

Has anything surprised you?

I've been reflecting on the Institute's history and the fact that, until not very long ago, women were not integrated into the scientific community at Caltech. You can read the facts, but I think now I feel it through the students, through their experiences. This past spring, I had an opportunity to participate in one of the sessions for Caltech Shines, which is a new initiative aimed at fostering a greater sense of community here at Caltech. These prospective students asked very pointed questions like, "What is Caltech doing to make sure that someone like me is going to thrive and that my contributions are going to be valued?" It's been surprising to me how Caltech's history is still seeping into people's awareness of the Institute, but at the same time, folks are coming into the space thinking not just what is the Institute doing but also what can I as an individual do to change that. They are posing the difficult questions and are willing to do the emotional labor that is necessary to create change. That's been very surprising, and it feels very tangible.

What other new initiatives or areas of programming are you excited about?

On Cesar Chavez Day, March 31, I hosted the first in what I hope will be a series of conversations on the histories of cross-cultural collaboration. When it comes to diversity work, it's important to be able to simultaneously highlight the specific experiences and needs of a community while at the same time identify areas of overlap historically where there have been successful collaborations.

I'm hoping that I can continue to highlight specific points in history where individuals of different identities or different gender expressions and lived experiences have come together and coalesced around an issue. We've started conversations at the CCID highlighting the crossover between Latinx and Black communities in the United States, and likewise the overlap and collaboration between Black and AAPI communities.

To be able to move forward in a meaningful way and really create social change we need to go back to those chapters of history and hopefully learn from them, while obviously adapting to the current needs. I think for a lot of us, even here in Los Angeles, it's a very multicultural society, but we're accustomed to living in little clusters. So, yes, we might be neighbors, but we're not quite interacting, interfacing, and learning from each other to the depth that we can. Being able to broker and initiate those conversations is something that I'm really committed to and excited about. 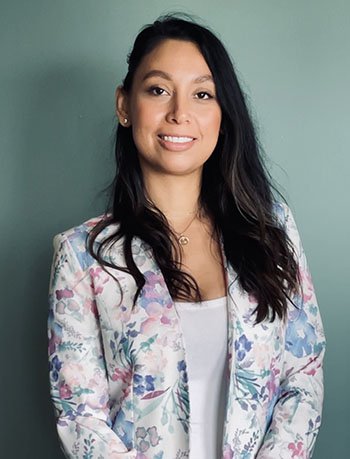